Day of the Lizards 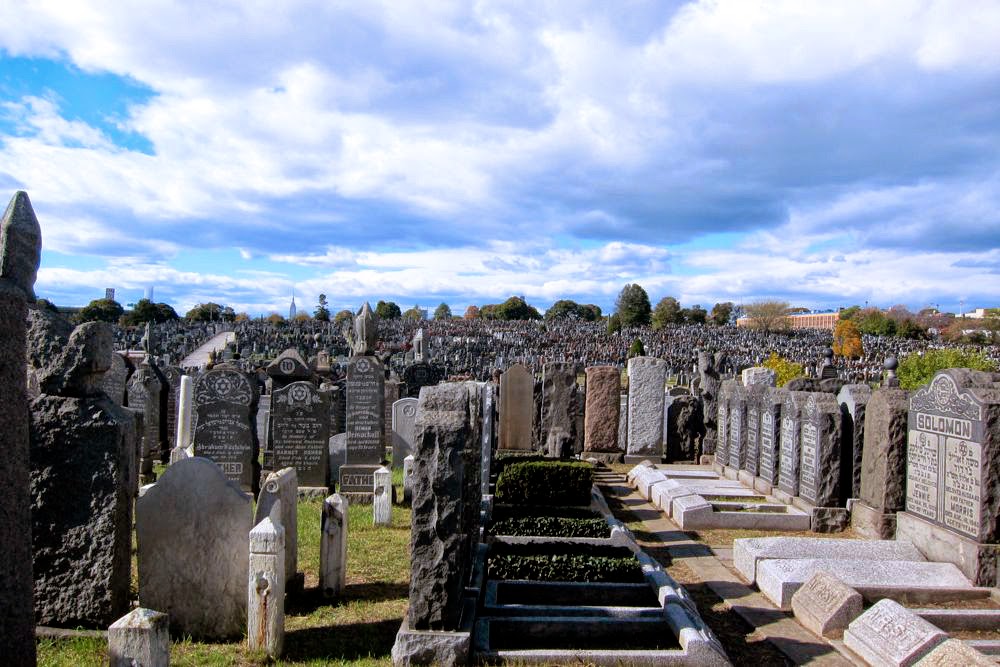 On the last perfect Indian Summer day of the season we decided to make the most of the beautiful weather and go visiting in the neighborhood. We should mention that in our little corner of Queens we’re surrounded by cemeteries, so a lot of our neighbors have been dead for years. There are a couple notable folks interred nearby we had never called on, so we took a mile stroll, past the two enormous halves of New Calvary Cemetery, to Mt. Zion, a Jewish cemetery established 1893. 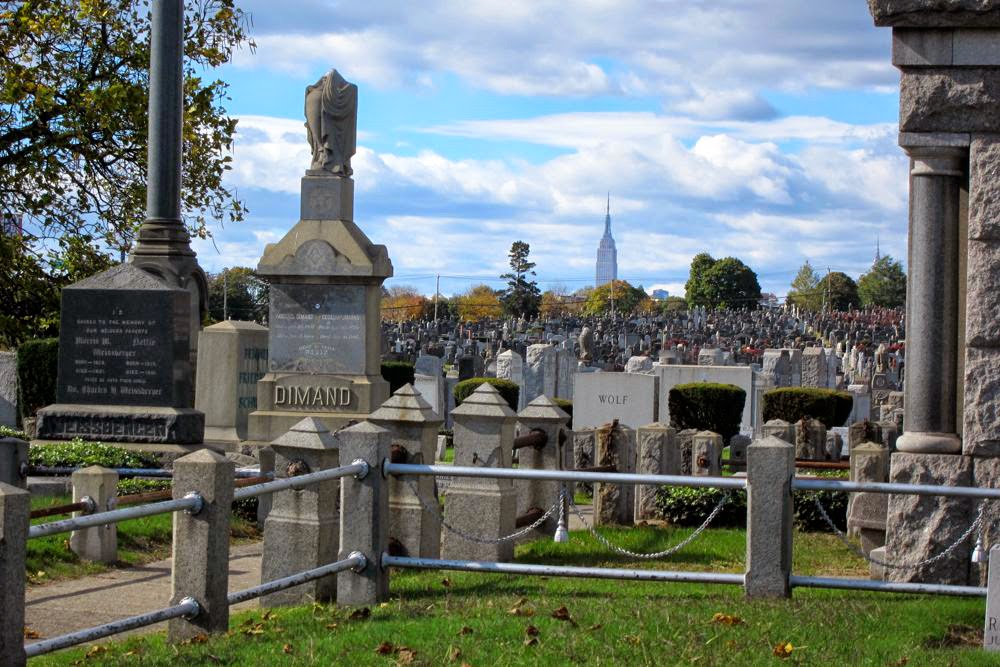 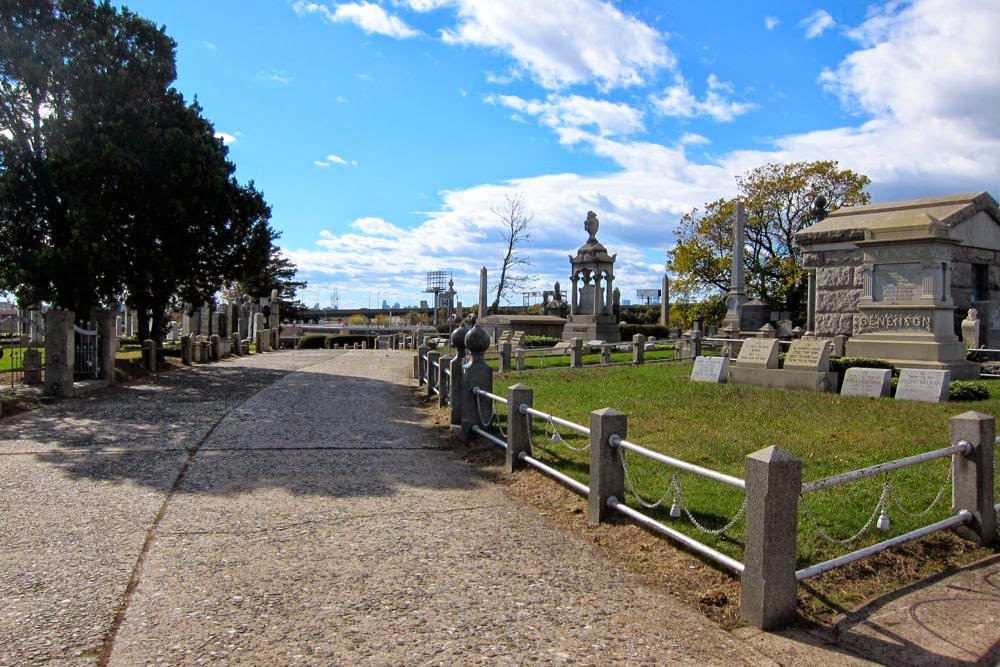 Compared to the bigger Catholic cemeteries, Mt. Zion has a very different look; the monuments are placed closer together and many seem smaller and taller, too. Off the paths at Mt. Zion it can feel like you’re walking through a marble labyrinth. 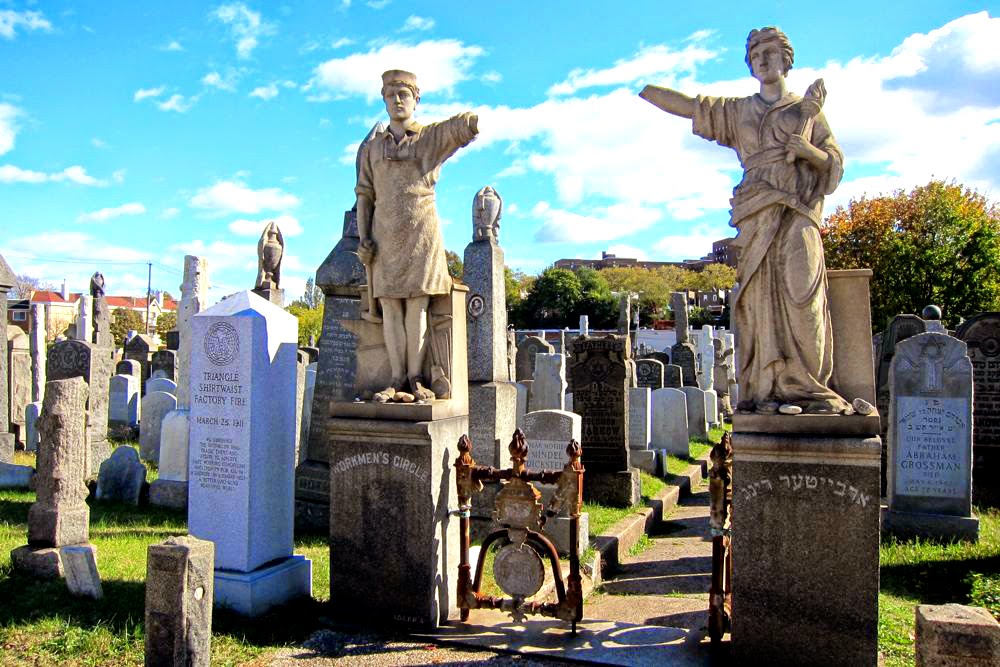 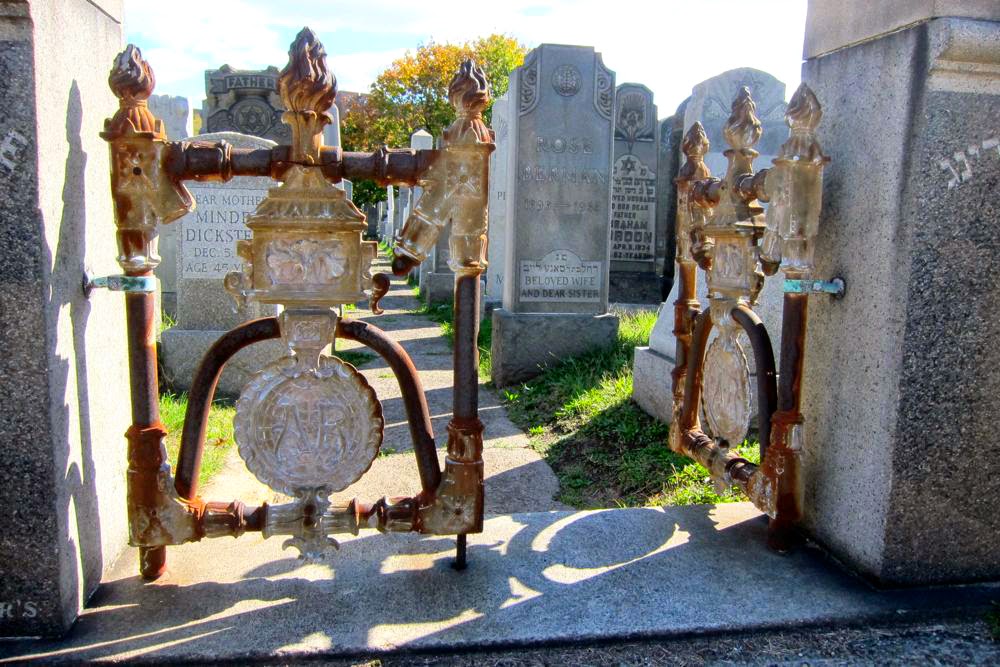 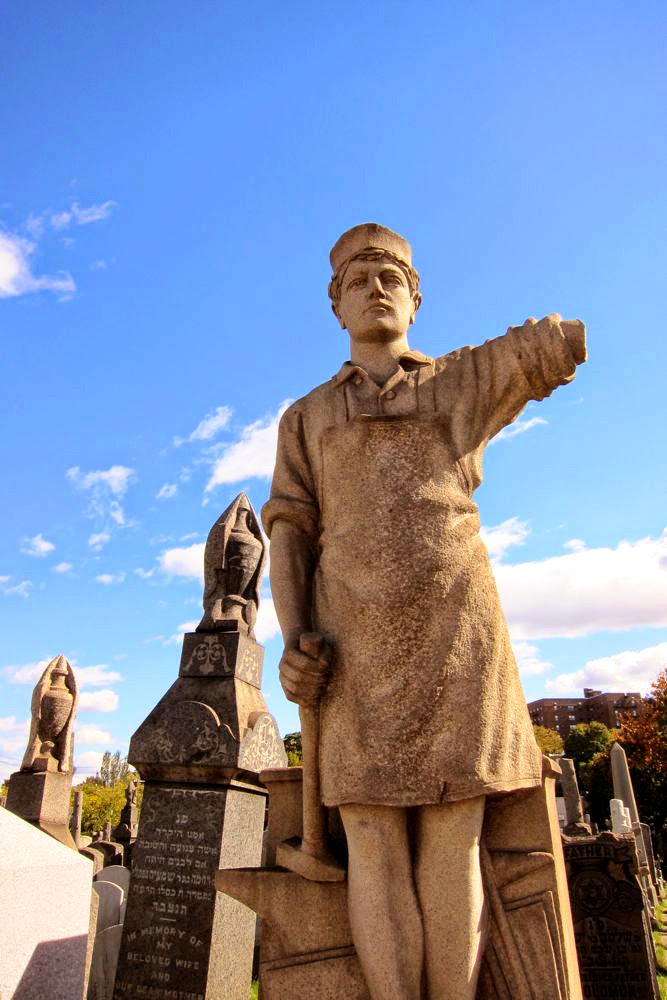 Our first stop of note was at the two monuments to the victims of the tragic Triangle Shirtwaist factory fire, one erected by the International Ladies Garment Workers Union, the other by the Workingmen’s Circle. Mt. Zion is divided into hundreds of plots, most family owned, but many sponsored by fraternal and social clubs, charities, labor unions or religious organizations. Cast iron gates, most dating from the turn of the Twentieth century, mark entry to the various fraternal and neighborhood societies' sections. The Workingmen’s Circle (known as Arbeter Ring in Yiddish, hence the AR in their logo and on the gate) was founded in 1900 to promote the interests of social justice and the labor movement in the Jewish community. Their sentinels have lost an arm or two, but the organization is still around. 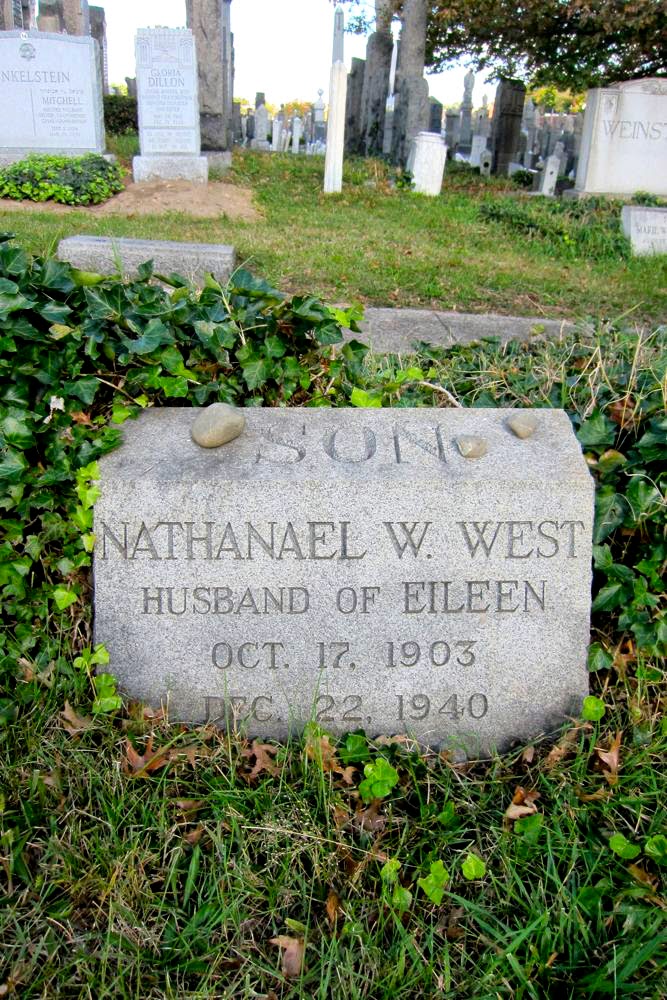 A short walk brought us to the main attraction for this trip: Night man at many a Manhattan fleabag, and one of our favorite writers, Nathanael West. West managed to write both the quintessential Hollywood satire, “Day of the Locusts,” and one of the best novels about New York City, “Miss Lonleyhearts.” He and his wife Eileen, (an important muse for not only West but also her own sister, author Ruth McKenney) died, far too young, in a car crash in 1940. His contribution to literary art wasn’t limited to his own work, he also often wangled his writer buddies cheap—or free—rooms at the hotels he managed. You can read about it in Writing Manhattan, an essential product from the fabulous Herb Lester Associates (that we happened to write.) 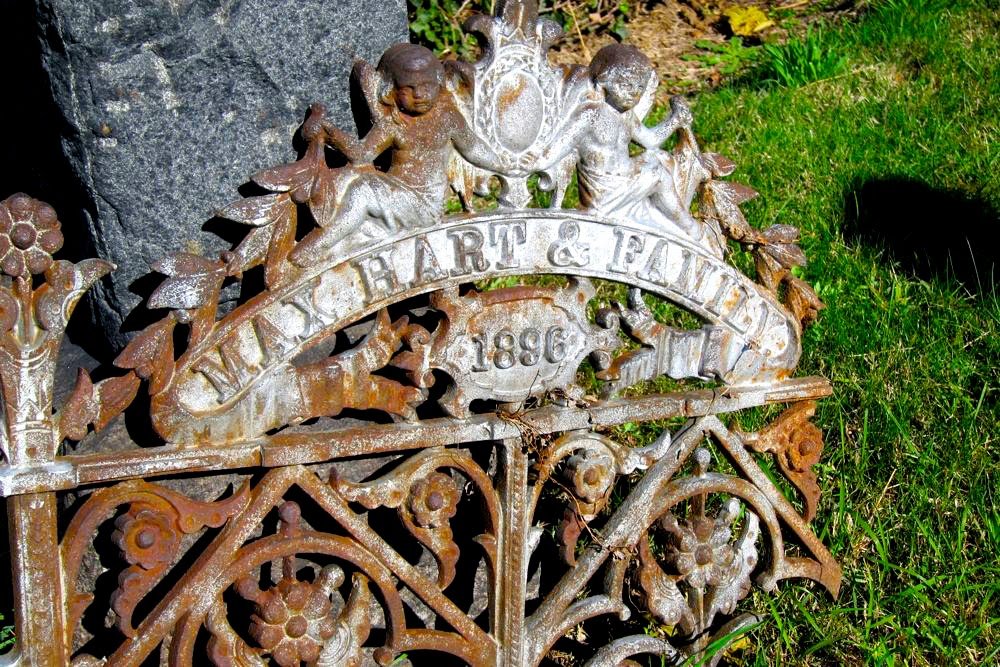 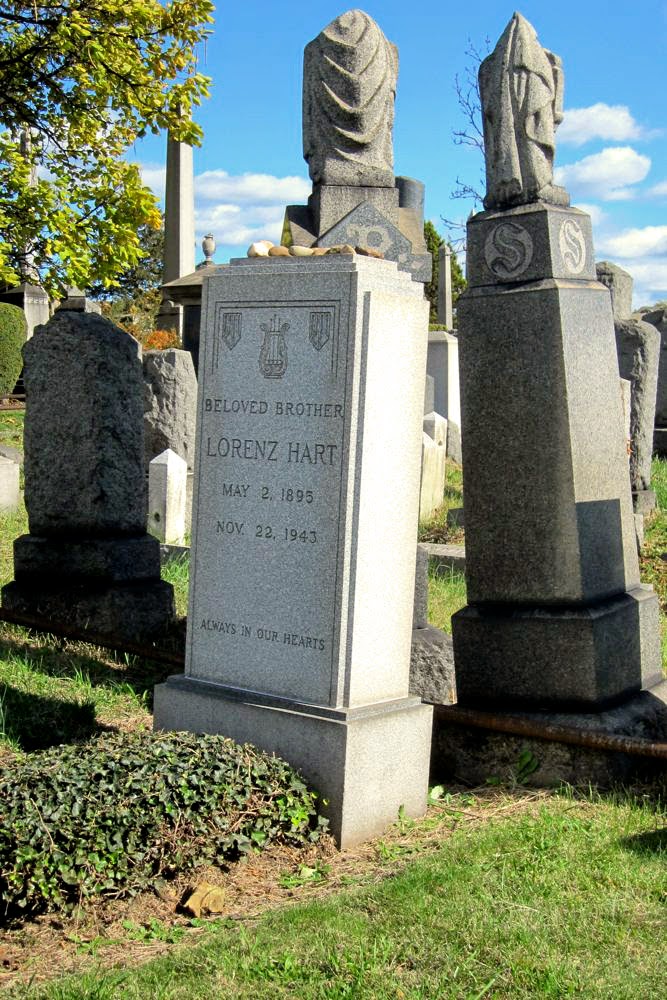 One more famous resident before we end our visit; another wordsmith, this time a maven of the musical theatre, Lorenz (Larry) Hart, the lyrical half, with partner Richard Rodgers, of the most successful duo on Broadway in the ‘Twenties and ‘Thirties. 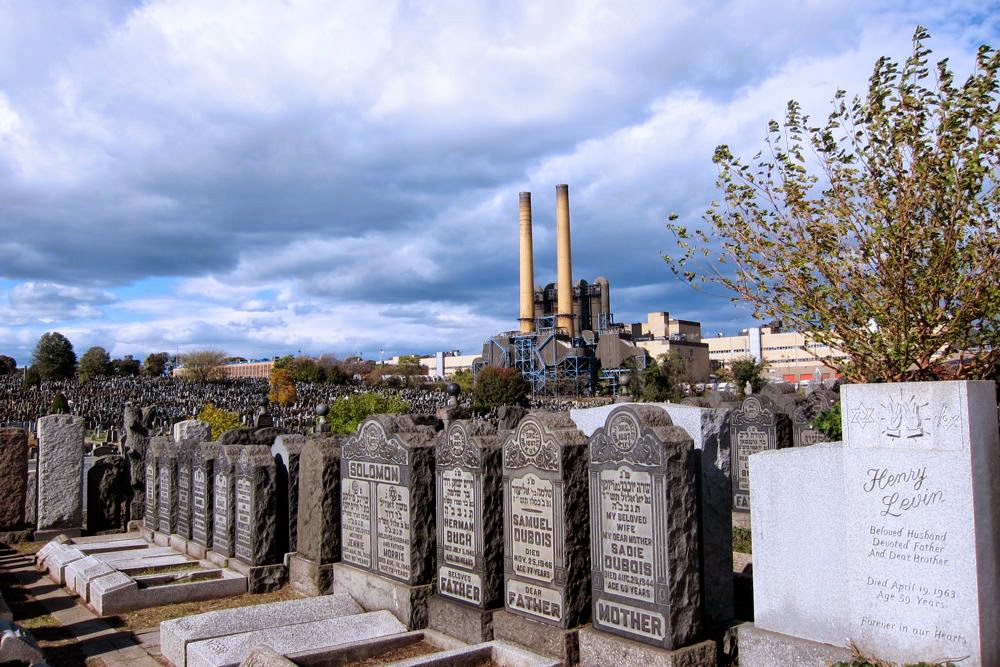 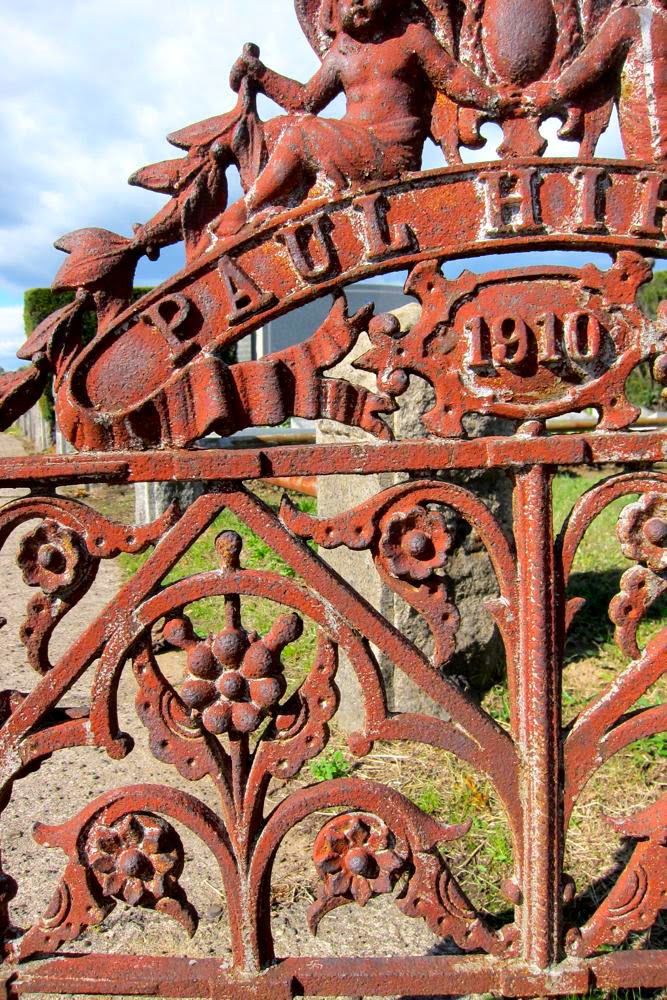 We met very few people on our long ramble through the cemetery. Unexpectedly, a nature show introduced vibrancy and life into the stillness; birds black and grey and neon yellow chattered and displayed a flash of color, and lizards rustled in the leafy plots. Lizards in Queens? That’s what we thought, too, and we have never seen them in Calvary, just across 58th Street, but they are everywhere in Mt. Zion. This fellow basking on Nathanael West’s headstone seemed to have had an idea similar to ours on how to spend a sunny Sunday. 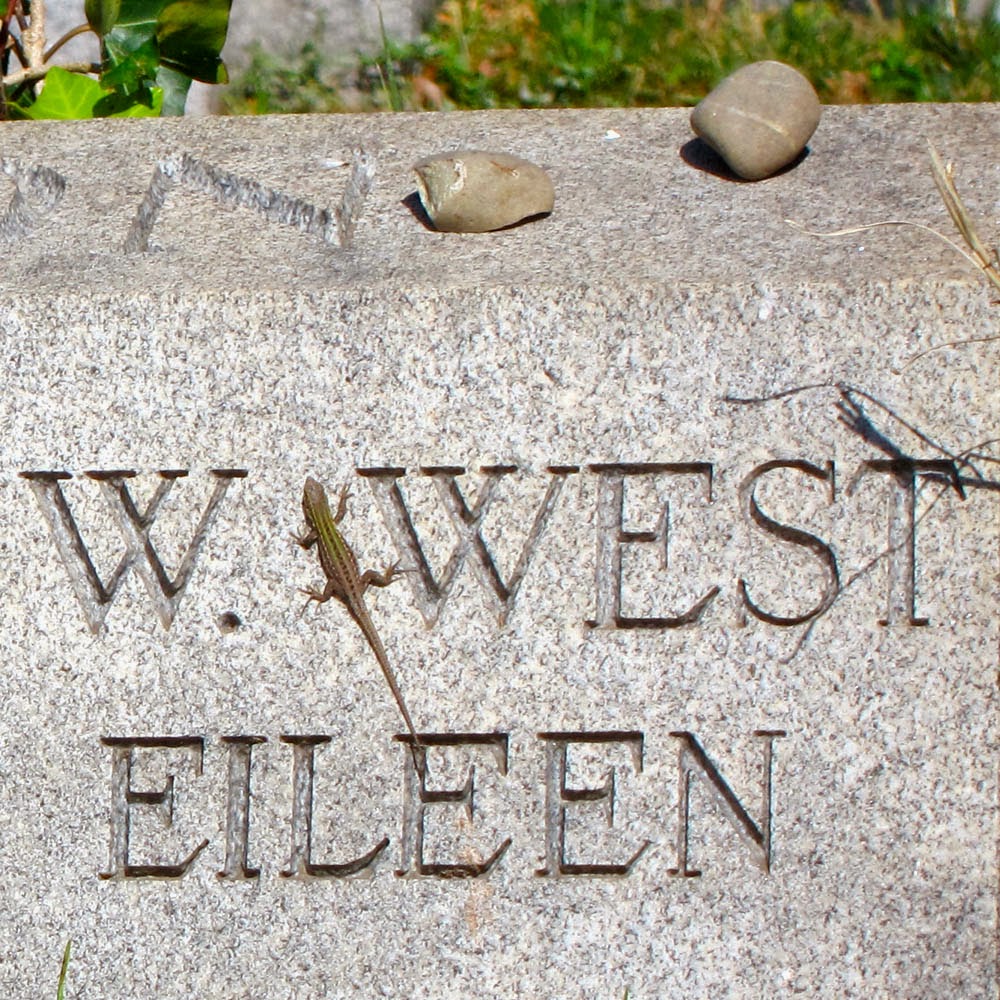